As we approach the end of the Spring term, please take a few moments to enjoy our new Newsletter bringing you the latest school and classroom news and information.

The Spring Newsletter is available online from our website, and is listed as follows:-

Please click below to see information on to book for next half term.

On Monday 1st April, Year 1 went to Staircase House in Stockport to learn all about The Great Fire of London. The children created their own fire mark for their house so that the new fire brigade would come and put out a fire as long as it was the correct company. The children had a go at creating a wall using twigs and clay to replicate wattle and daub. This was used to create the houses during The Great Fire. 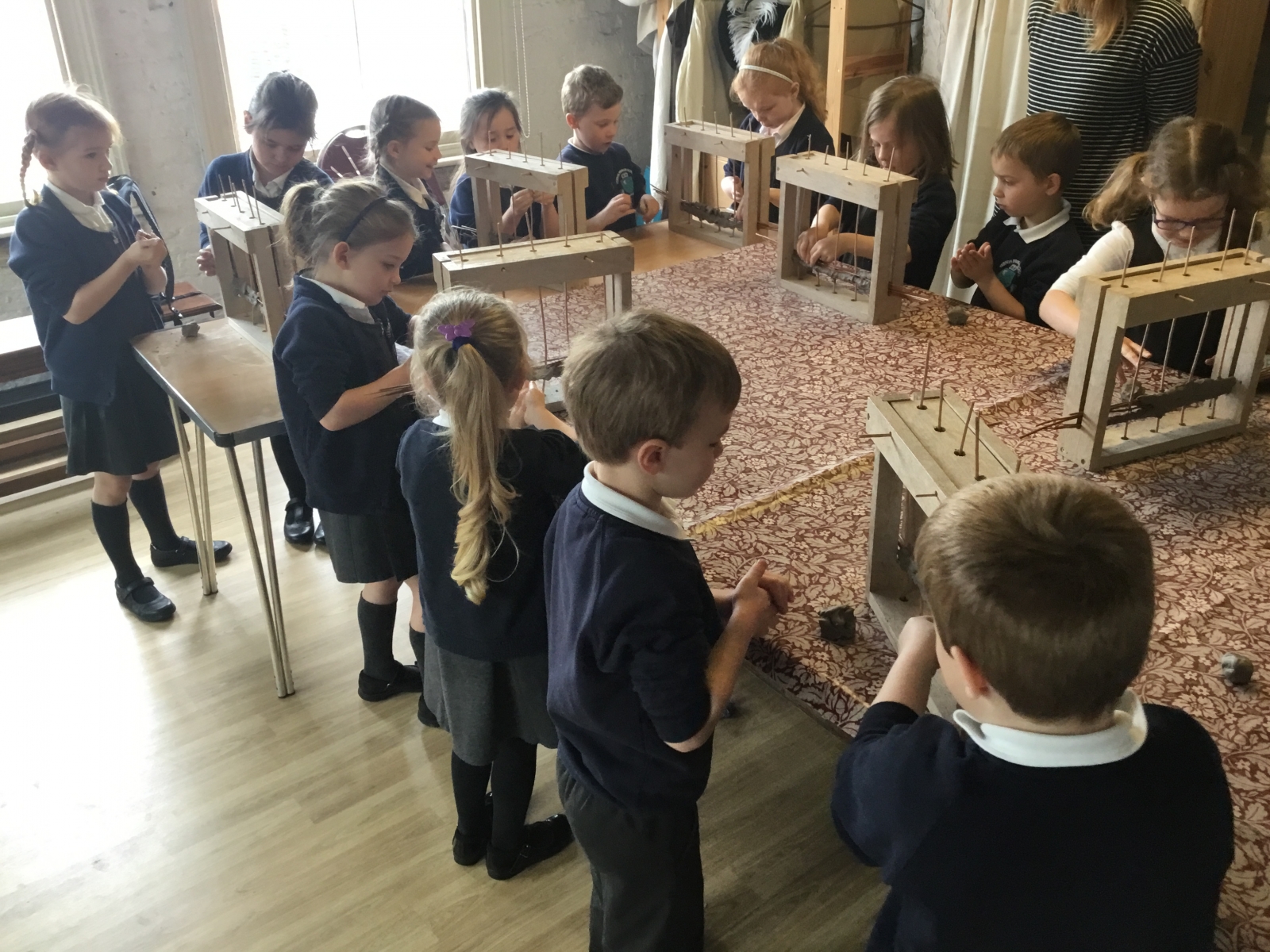 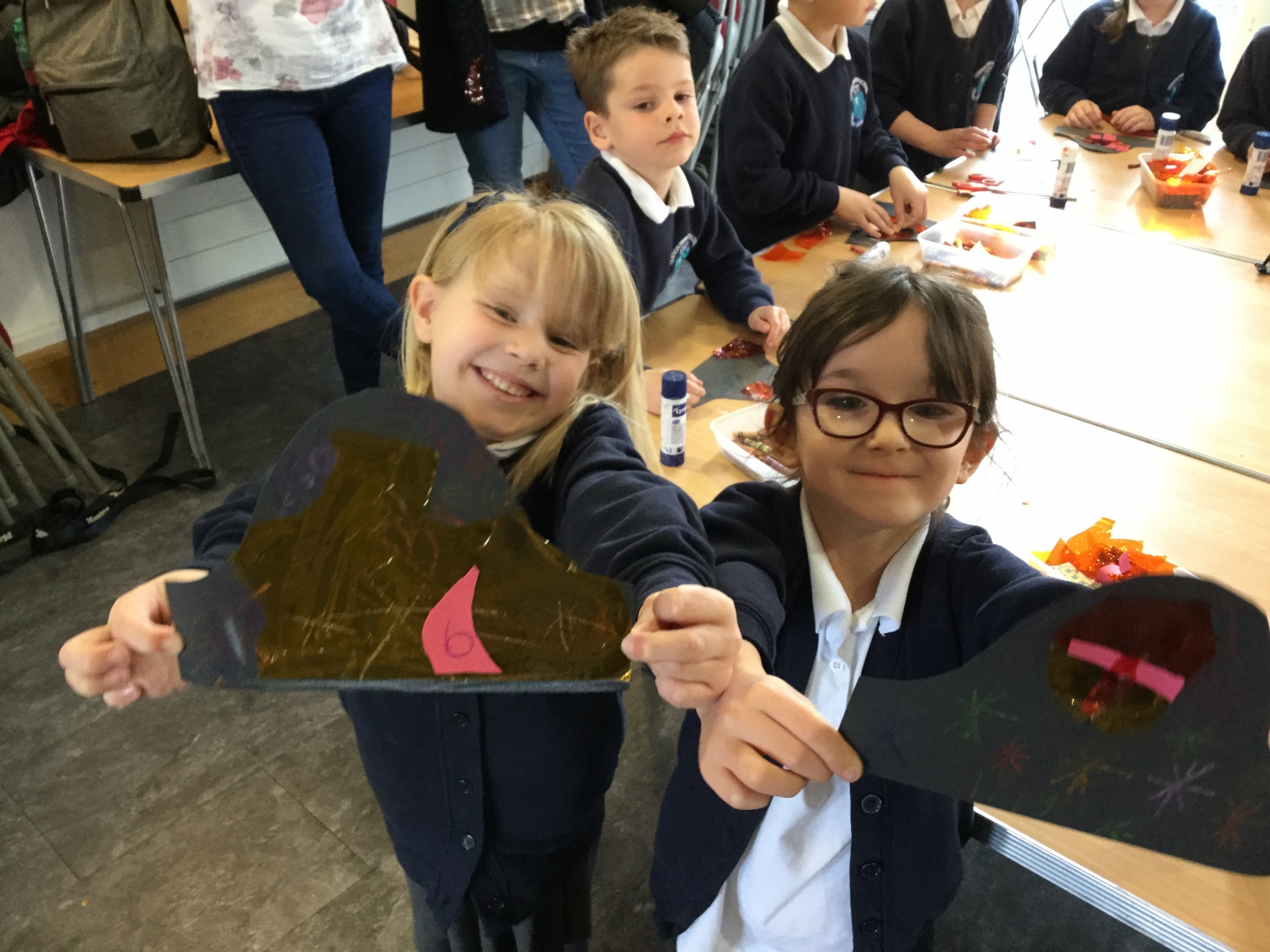 As the children moved around Staircase House, they met a range of people from 1666 such as Samuel Pepys, King Charles II and Thomas Farriner who owned a bakery on Pudding lane where the fire started. Our stern Kings ordered his soldiers to use gunpowder to blow up the houses to stop the fire from spreading. 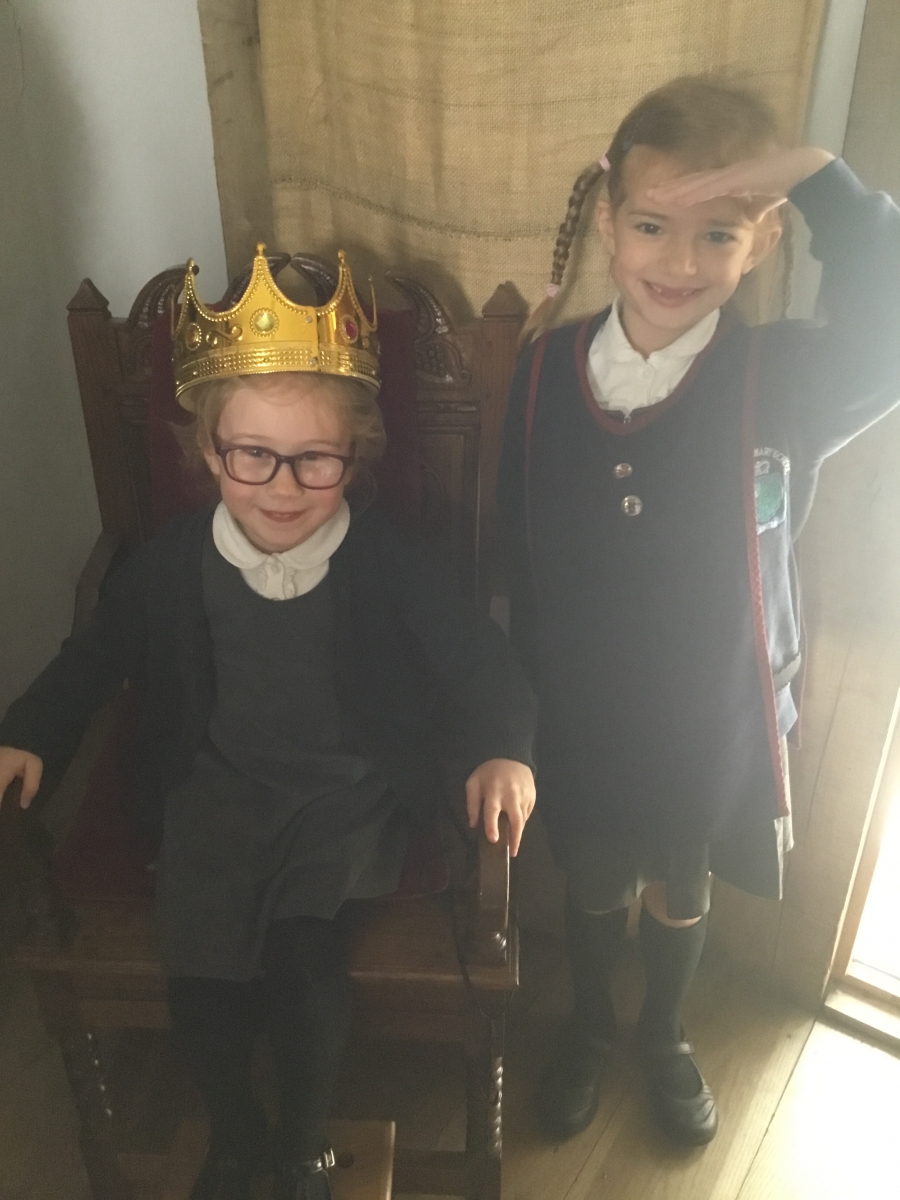 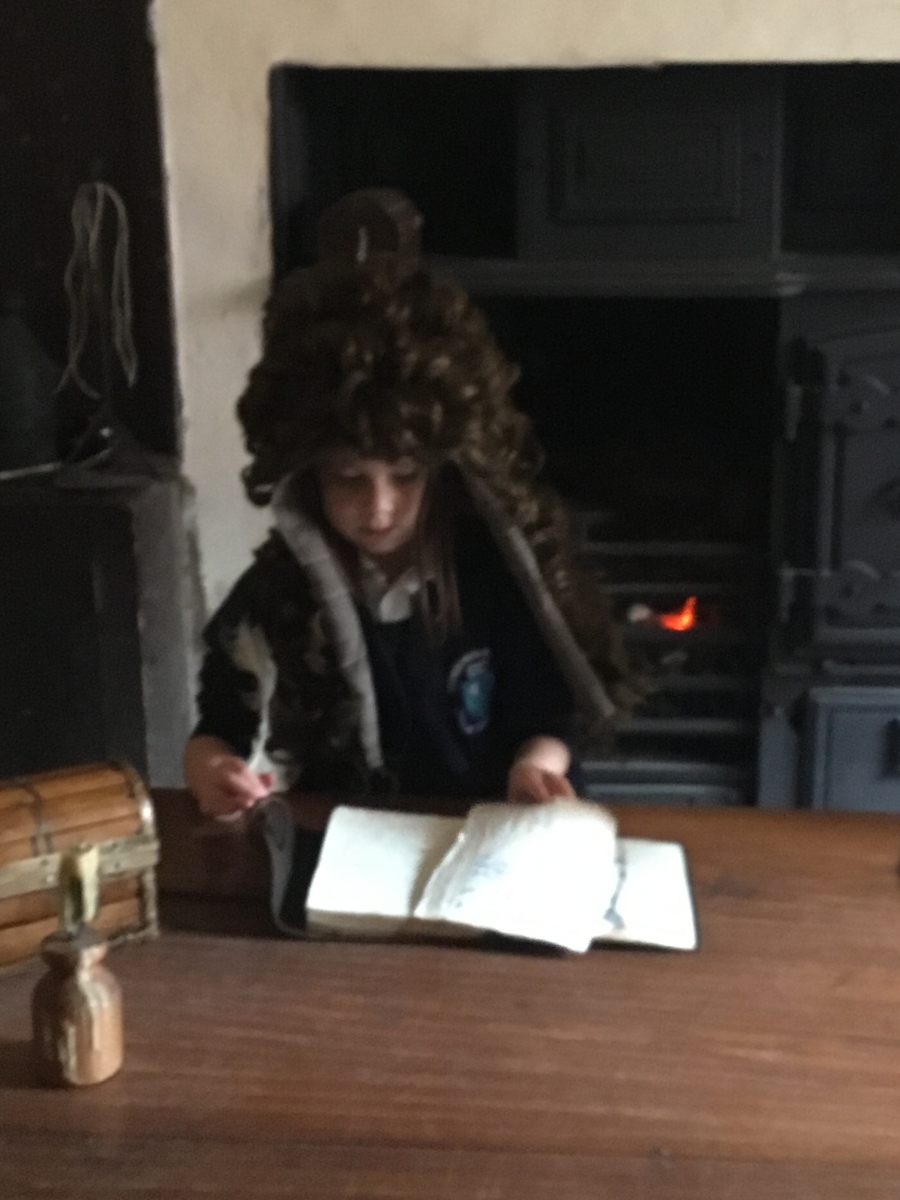 All of the children had a fantastic day and they were praised for their impeccable behaviour and enthusiasm throughout. Thank you so much to all of our parent helpers and your continued support. 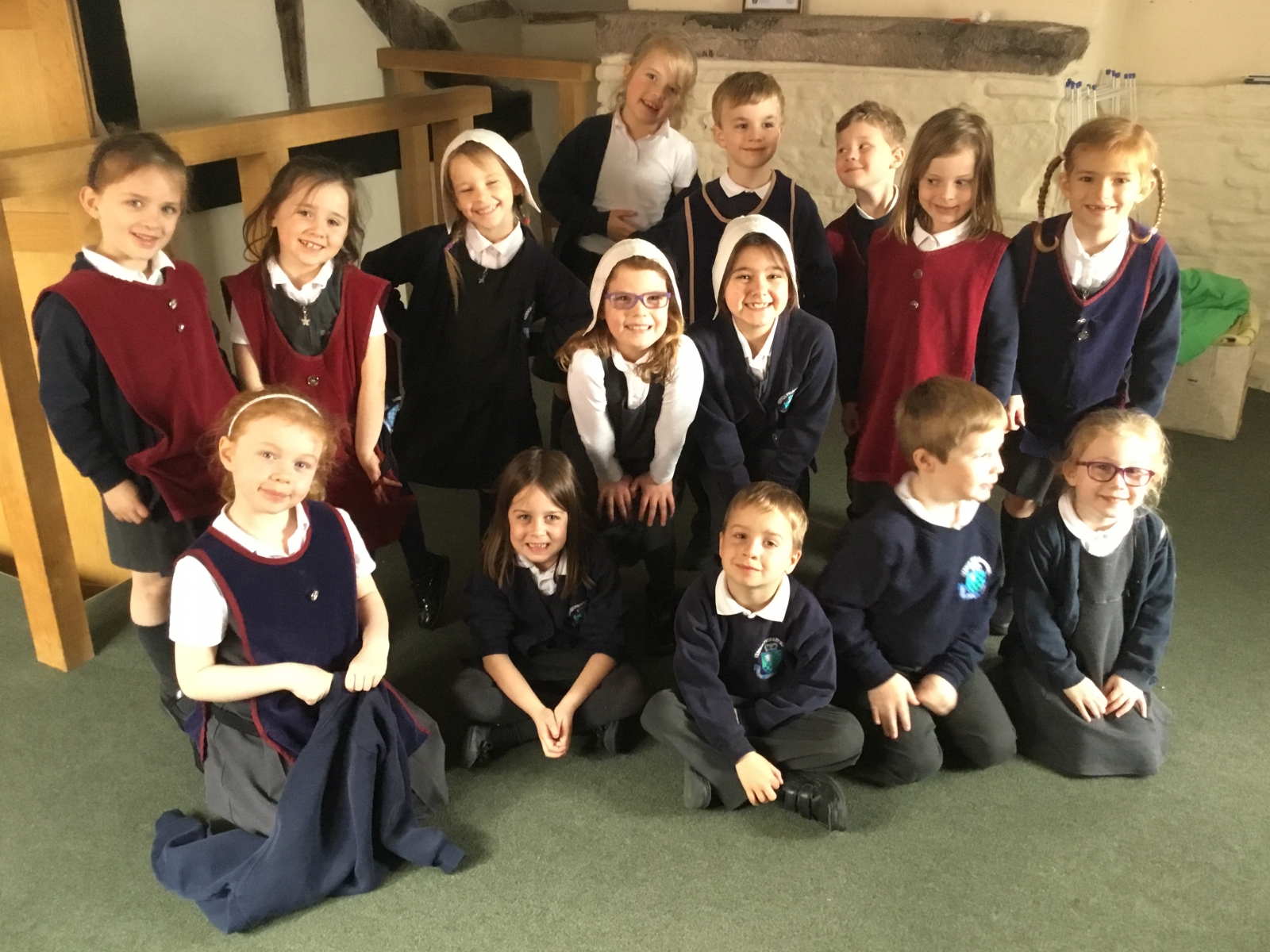 The children in Year Six lived up to Spring Term's topic title and became Chocolate Makers on Friday. They created deleicious treats including enormous chocolate lollies decorated with marshmallows, jelly babies and hundreds and thousands whilst learning about where our chocolate comes from and the role the Ancient Maya played in discovering our favourite sugary snack.

Thank you for a fantastic day Louise - Year Six had a brilliant time!

CD has gone to Edit!

Please see letter below and ensure you reserve your copy as soon as possible as stock is limited!

All the children and staff made a fantastic effort with their wonderful costumes for the day and they looked amazing! An enormous thank you to all parents/carers for all the hard work, creativity and enthusiastic support!

During the day the children took part in various fun creative reading and writing opportunities to continue to promote a love of books and of reading not just for pleasure, but also for a purpose. Children has the opportunity to read not only with their own class teacher, but with a Mystery Reader (another class teacher) who read and shared their own favourite book.

Hopefully this successful event has inspired us to read even more! 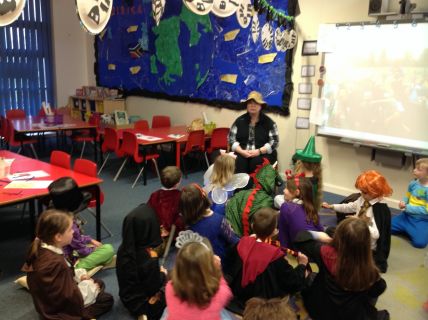 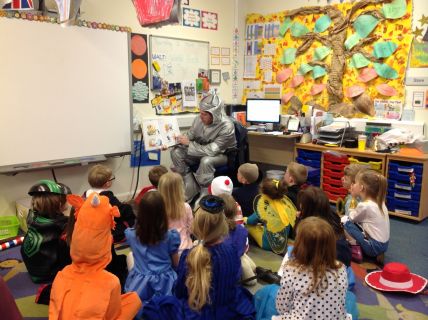 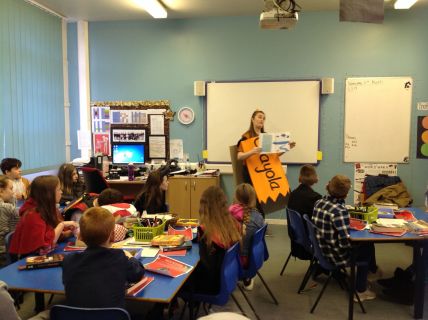 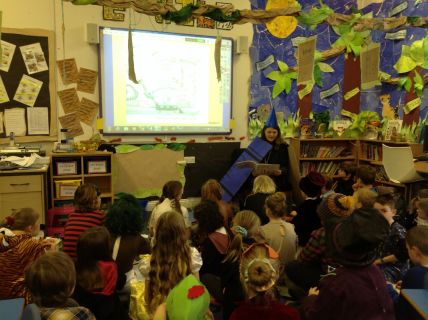 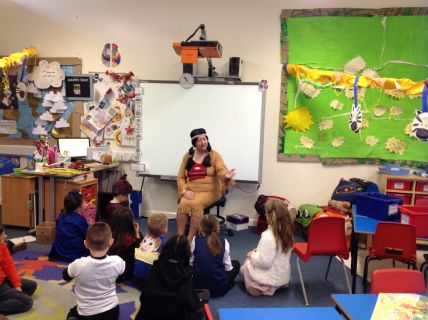 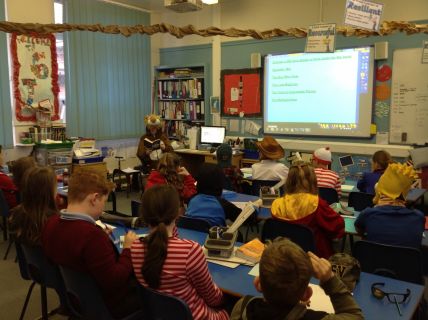 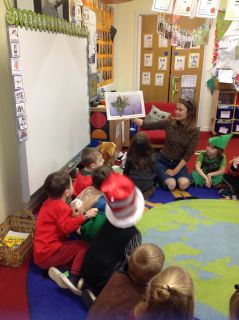 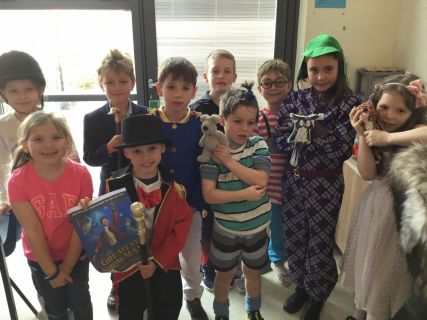 The Mother's Day celebrations will begin in your child's classroom at 9.15am until 10am. Please enter and exit through the classroom doors. If you have more than one child in KS1, you can see them both as the older child will go to the younger child's class and take part. If for any reason Mum or Grandma cannot make it, another family member is very welcome to join us.

Free to enter and prize per class!

This week the children can spend their hard earned Stop Drop and Read voucher with Usborne Books.  World Book Day vouchers can also be redeemed against your purchase.

Don't forget you can pre-order your Usborne books ahead of the book fairs by contacting Pippa Langdon directly by email pippalangdon@hotmail.co.uk or mobile 07791 405247 or by returning a note to school with the voucher enclosed. Any extra payment can be settled by cheque or direct bank transfer to:- 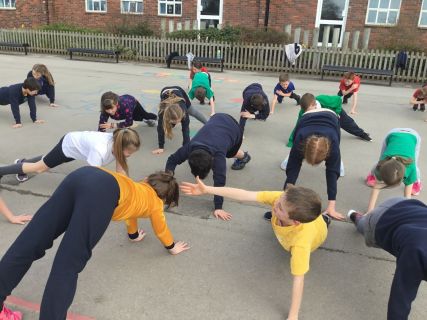 Please see correspondence below for information about our exciting new music project.

We are holding a whole school non-uniform day this coming Friday on 15th March in aid of Comic Relief.

The children are invited to come to school in their own clothes (red nose paint optional!) in return for a cash donation to your child's class teacher. All proceeds will go to Comic Relief.

Thank you for your support.

Please see reminder below about the forthcoming Usborne Book fairs on Tuesday and Wednesday next week in the main school Hall 3pm - 4pm. We hope to see you there!

Year 3 went on their residental last week to the Anderton Centre in Chorley.

We had a fantastic time doing a range of different activities and working together as a team. Despite the cold and rain, all children attempted each challenge with a smile on their face (and plenty of mud)!

Year Four have had a very exciting day at Knowsley Safari Park. The day started with a bus tour through the park where a rhino crossed the road right in front of the coach!  The tour guide gave lots of facts about the different animals in the park such as lions, bison, antelopes and ostriches.  The children then participated in a rainforest workshop learning about creatures that live in the different layers. They had the opportunity, if they were brave enough, to touch cockroaches and snakes!  There was a very wet walking tour to the tigers enclosure where the tigers were hiding most of the time due to the rain.  The day ended with a sea lion show that the children thoroughly enjoyed. Thank you to the parent helpers who joined us on the day and to the PTA for subsidising the cost of the coach.

Last week, year 3 went on an incredible trip to the Anderton Centre. The children loved getting involved in lots of different activities such as: orienteering, shelter building, camp fire cooking, crate stacking and circus skills. We'd like to say a very big thank you to all of the helpers on our trip. 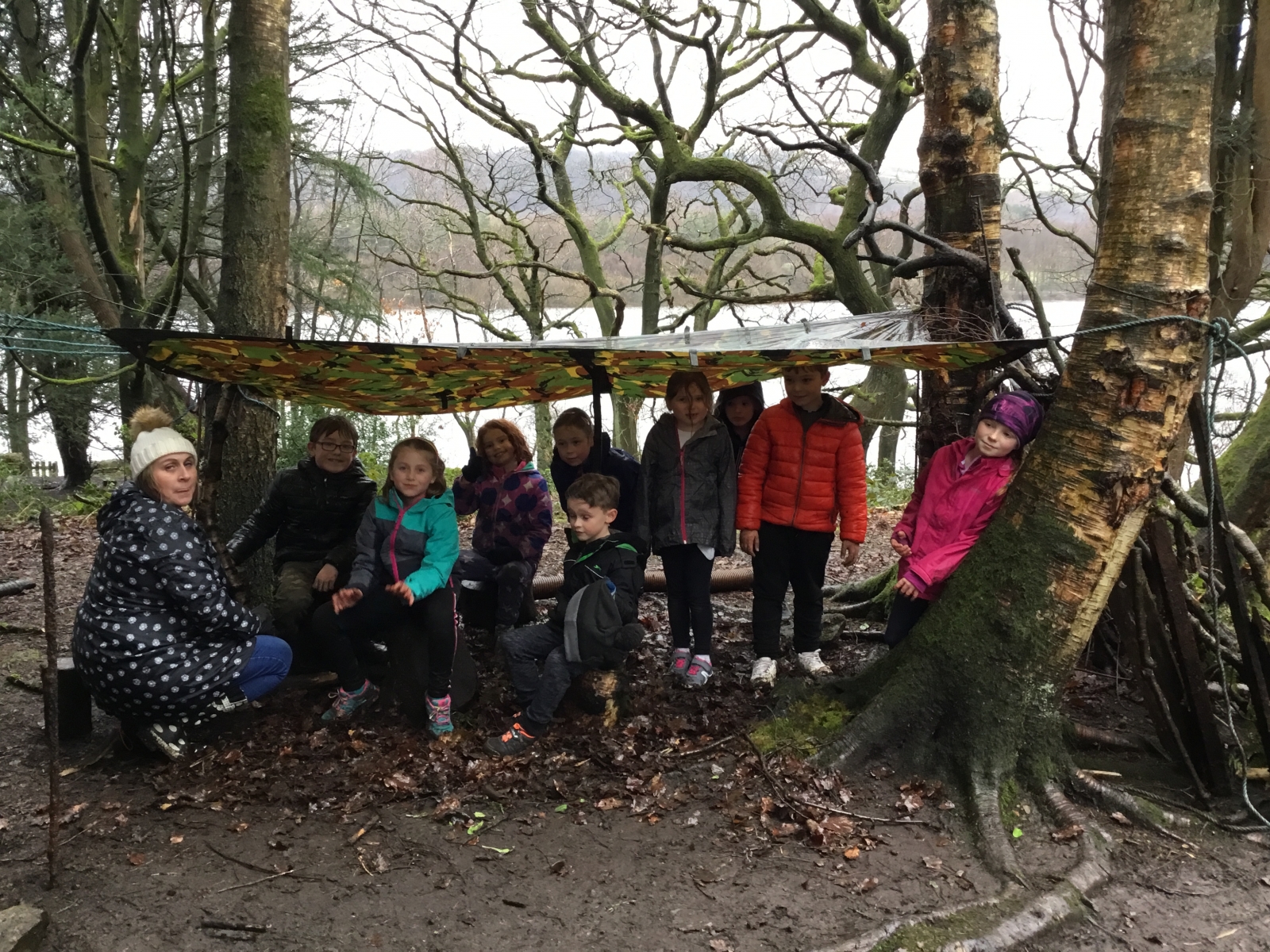 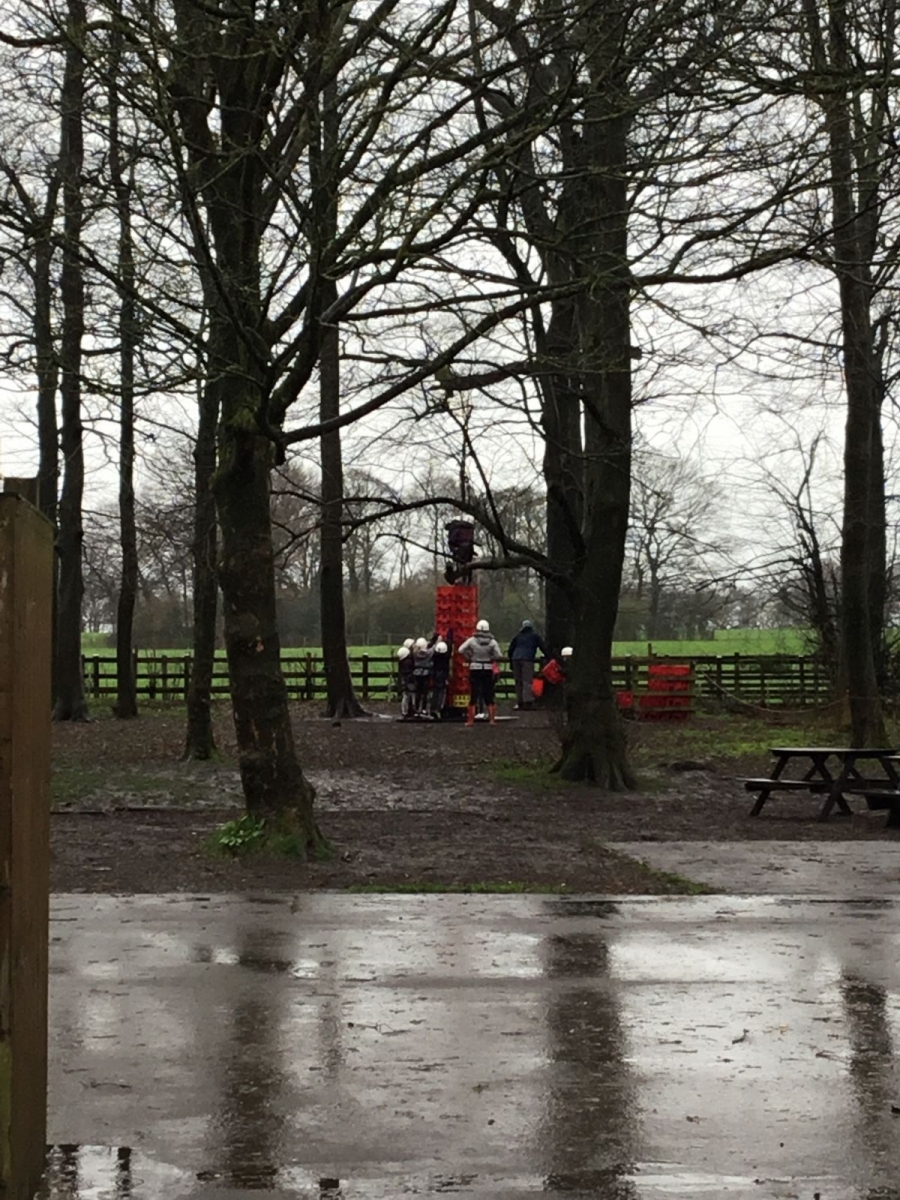 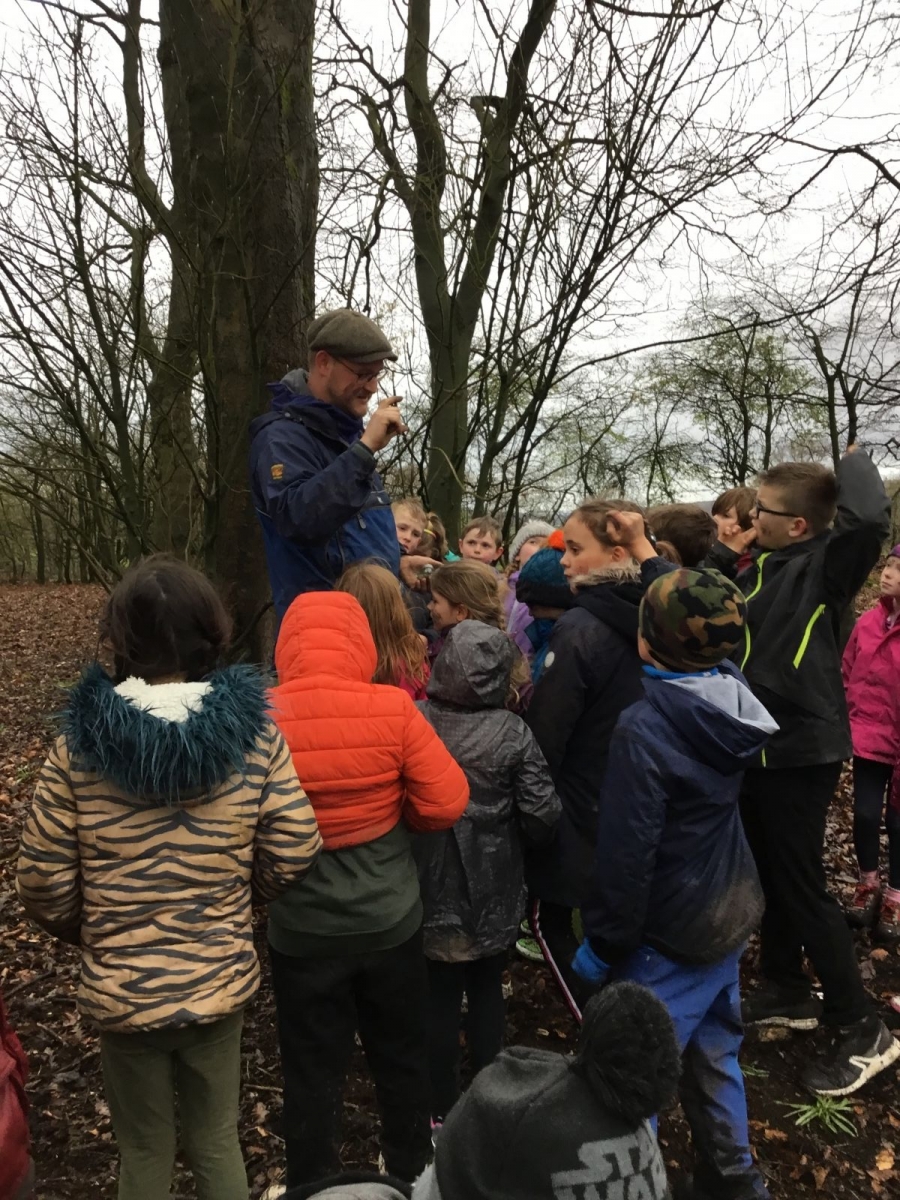 Year Four had a wonderful time yesterday for World Book Day. The children came to school in a variety of amazing costumes. Thank you to the parents and carers for their support with this.  All the activities were based on Russell and the Lost Treasure by Rob Scotton.  The children designed their own super duper treasure seekers, wrote instructions for them and presented them to the class. They also created their own treasure book, taking photos and adding labels. Please see our gallery for photos.

Year 2 had a very exciting day at Chester Zoo despite wet weather conditions. The day started with a super talk from the the staff at Chester Zoo and the children learnt lots of fun facts about living and non living animals. Year 2 then had the chance to explore the Zoo and look at all the exciting animals that live there. Due to the rain some animals were hiding for some of the day but that did not stop Year 2 having a super day! Thankyou to all the parent helpers that came on the trip.

Please see below for the Sportscape booking information for this half term.

Many of you may be aware of the recent "Momo" challenge that has resurfaced on the internet.

Please click on the attachment below for guidance around how to keep children safer on the internet.

We will aim to answer childrens' questions appropriately should they raise them in school.

Look out for the sale rails at Parents Evening - 27th/28th February from 3pm!

Please see letter below to view details of how we plan to celebrate World Book Day on Thursday 7th March!

The children enjoyed the Coronation Ceremony where we appointed new Kings and Queens of Vernon Primary School. After the gold crowns were placed delicately on their heads, the audience cheered and applauded their new royal members.

The Kings and Queens have faced many royal tasks sent to us from Buckingham Palace.

They successfully found the owner of a navy blue hat that mysteriously appeared in a suitcase. They worked together to solve the clues and concluded that the missing hat belonged to the Queen! The children were excited to retell and add their own ideas to the story of The Queen's Hat.

In Maths, the royal members have been busy solving addition and subtraction problems, comparing number sentences and assisting the Queen's Guards with their number bonds to help keep the palace running smoothly.

To meet some of the royal members of Year 1, please see the Year 1 Gallery.